A cookie is information stored on your computer by a website you visit. Cookies often store your settings for a website, such as your preferred language or location. This allows the site to present you with information customized to fit your needs. As per the GDPR law, companies need to get your explicit approval to collect your data. Some of these cookies are ‘strictly necessary’ to provide the basic functions of the website and can not be turned off, while others if present, have the option of being turned off. Learn more about our Privacy and Cookie policies. These can be managed also from our cookie policy page.

IE10 and below are not supported.

Located at the north-east corner of the Metung Village Green is a concrete pavement upon which sits numerous 240 litre wheelie bins. This paved area is semi-enclosed on three sides by a dilapidated timber fence. The enclosure is open to the roadside at Kurnai Avenue.

household rubbish. The bins are also available to boats utilising the itinerate casual berthing on the Metung public jetty. However, due to the unrestricted access of the current bin enclosure, anecdotal evidence suggests that large amounts of household rubbish from the public is being dumped in these bins, reducing the effectiveness and capacity of providing adequate disposal for Mosquito Point residents.

Consequently, an increasing number of 240 litre bins have been added to the current enclosure to meet the demand of dumped rubbish. There are currently 14 wheelie bins in the enclosure, resulting in a negative impact on the visual amenity of this prime public space, while still not satisfactorily ensuring bin capacity is available for Mosquito Point residents. 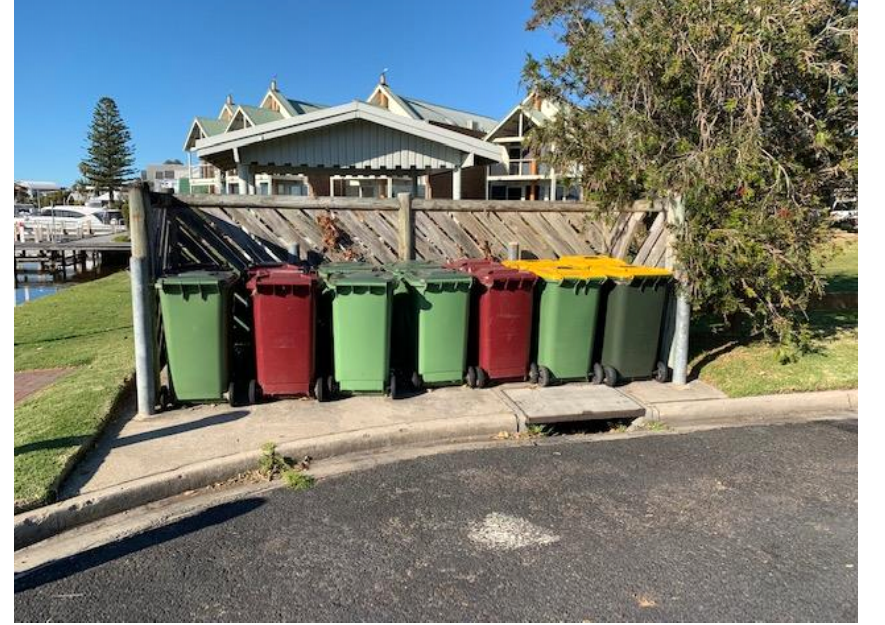 A dedicated quantity of bins located in Metung is required solely for use by Mosquito Point residents.

rubbish disposal. Access to dedicated bins by approved Mosquito Point residents should be by lock and key or pin-code to restrict unauthorised use by the public.

The proposed restricted access dedicated to Mosquito Point residents will result in a vastly reduced requirement for bin capacity, and therefore a reduced number of bins at the Village Green and an improvement to the visual amenity of this prime public space.

The council roll-out of standardised stainless-steel public-use bin enclosures across the region has been positive for the visual amenity of East Gippsland’s public spaces. Nine sets of these Marshall Brewer enclosures have been added recently to the central Metung Village area providing abundant quantity of public waste disposal. 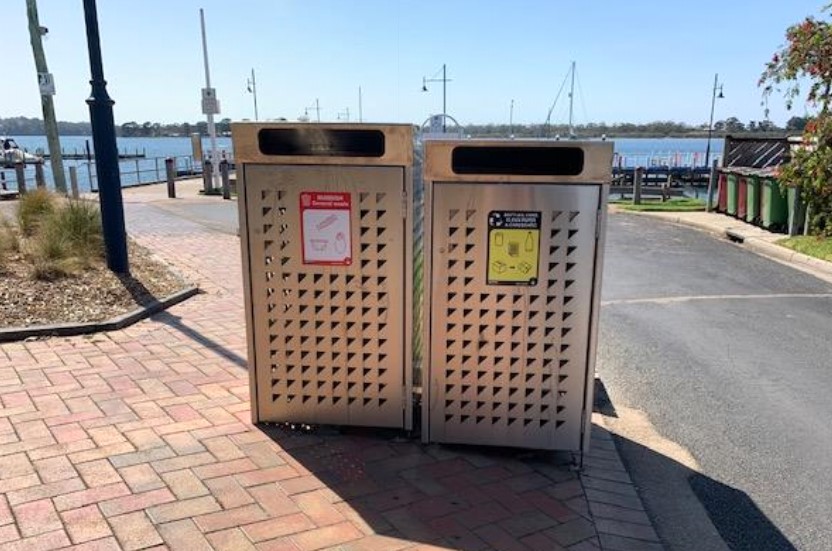 to house six 240 litre wheelie bins. These will be the bins dedicated for the use of Mosquito Point residents. This enclosure shall be constructed in perforated stainless-steel for low maintenance and will be consistent in appearance with the rollout of the Marshall Brewer bins in Metung and elsewhere in East Gippsland.

The new enclosure will be smaller in scale than the existing dilapidated timber fencing, with

The eastern face of the enclosure will have opening doors, enabling approved Mosquito Point

residents to unlock the enclosure to dispose of their household rubbish into the bins. These doors will also enable the waste collection company to extract the bins for emptying. The waste

Located adjacent to the new enclosure, on the same concrete slab, will be a set of the Marshall

Brewer stainless-steel bin enclosures for general street and boat waste/recycling. These bins will be relocated from the adjacent traffic island – a location which has raised safety concerns due to the necessity to cross the road twice in order to utilise bins in that location. 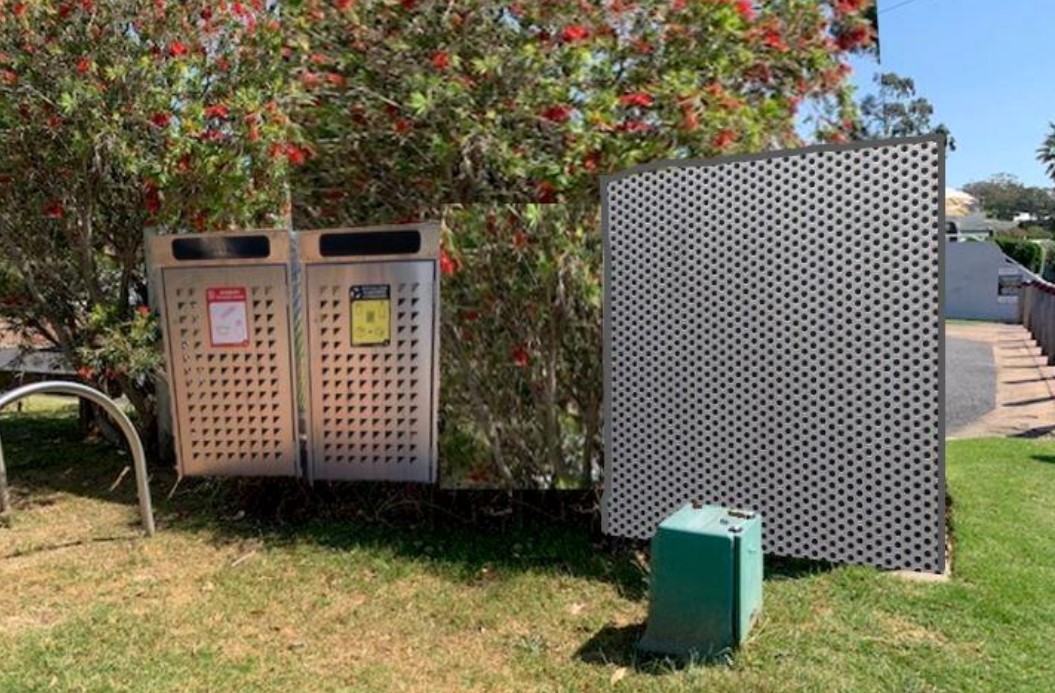